TON (The Open Network) – a network that combines a number of functions. It is based on a scalable blockchain. The TON network is capable of processing millions of operations per second. 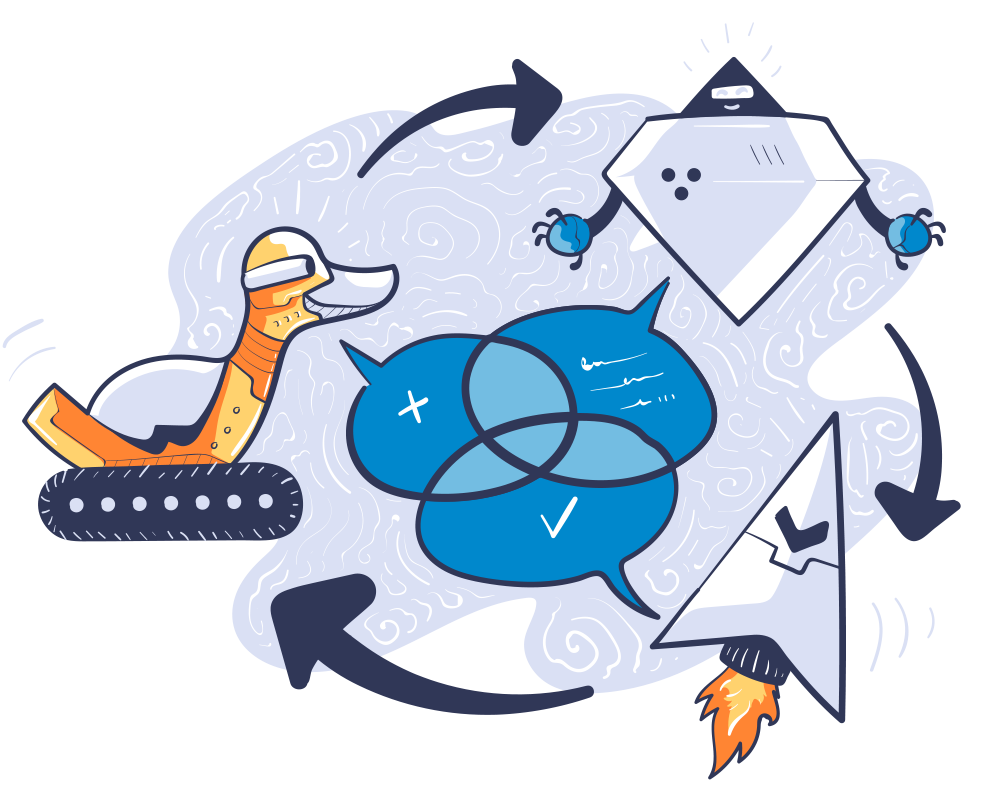 In addition to transactions and Turing-complete smart contracts, developers are working to create payment channels, a proxy layer for anonymization and protection against targeted attacks, a name service (analogous to DNS), and a decentralized file storage.

As a result, TON should become a super-computer or, more precisely, a super-server, which, unlike traditional server systems, is invulnerable and conditionally self-expanding.

The Open Network is a 3-layer network.

Learn more about TON from White Paper, based on the work of Doctor of Science Nikolai Durov.

Consensus in the network is provided by the Proof-of-Stake (PoS) algorithm. Anyone is allowed to participate in block validation. This requires a server and Toncoin provided for temporary freezing.

Validators (100-1000) – a limited number of the most responsible nodes that own the largest number of coins and approve the order in the master chain. Accordingly, they have no motivation to break the consensus, because then they will be fined for their stake. The rest of the nodes waiting in line also participate in the consensus. The system pseudo-randomly assigns them every 1024 blocks for event approval in shards.

Users with a smaller stake also participate in the network.

Fishermen compare submitted data from different validators and signal those who present data that is different from the rest.

Nominators can entrust their Toncoin stake (even a few tens or hundreds of coins) so that the validator receives profitability from these coins for a small percentage of the commission, because he has access to profitability and this is economically beneficial for both parties.

Toncoin – the main currency of the TON network. Initial emission are 5 billion tokens. Used to pay all fees when working with the network, and as a reward for staking.

In The Open Network, distribution is different from the original idea of TON. In order to distribute the tokens fairly, the community made it possible by mining.

Participants can use their computing power with the usual brute-force hashes, which is typical for the Proof-of-Work (PoW) algorithm. But not for finding blocks, and only to prove the calculations, in proportion where the smart contract pays out Toncoin as a reward. Consensus is achieved separately by validators on Proof-of-Stake (PoS).

Pavel and Nikolai Durov publicly announced the creation of Gram. Privately, $ 1.7 billion of investments were attracted.

In October, the SEC demanded that Pavel Durov declare it illegal to attract investments during a closed "ICO" and later requested a fine of $ 18.5 million.

Telegram refused to further develop Gram and opened the source code to everyone. More than 40 developers from around the world have teamed up to continue working on TON and named the community Newton. There was also a second branch – Free TON.

Work on architecture and documentation was carried out in accordance with the original ideas.

The Newton team was rebranded to TON Foundation. After the voting, the old testnet was achieved the mainnet status. Developers and testers received about 2% of the total emission of Toncoin. The remaining 98% can be freely mined by anyone, in exchange for Proof-of-Work (PoW) calculations.

A platform with micropayment channels. Trustworthy members can conduct off-chain transactions instantly and without commissions within the channels (and periodically to assert the state of their on-chain balances, in the real TON network).

Imagine you have a public account for payments with services you trust. For example: a movie subscription ($ 10), donations to your favorite streamers ($ 10) and a flower delivery order ($ 20). Like a separate virtual card, you have $ 100 on your balance, from where you instantly make transfers to these services. You can even transfer a penny without losing value.

Anonymizer and additional proxy layer to protect TON nodes. Like VPN or TOR on the web, they provide privacy for services and members in Web 3.0.

Turns long, unrecognizable addresses into readable domains. Similar to how we connect to google.com, not its IP like 64.233.160.0.

A file system (like Torrent or Dropbox), but only in the decentralized TON network, where your encrypted data is securely stored and guaranteed to be protected even from the nodes on whose devices it is located.

Index of apps (like the App Store or Google Play Market), but for TON smart contract applications that you can interact with using your wallet.

The ability for developers to create their own subnets with unique rules and local currencies within the TON ecosystem. Own virtual machines and complete freedom of action.